The minute that my husband and I drove up to the house, we knew that this was going to be our forever home. As a designer, I couldn’t wait to get my hands on it, knowing that it would be amazing in the end. 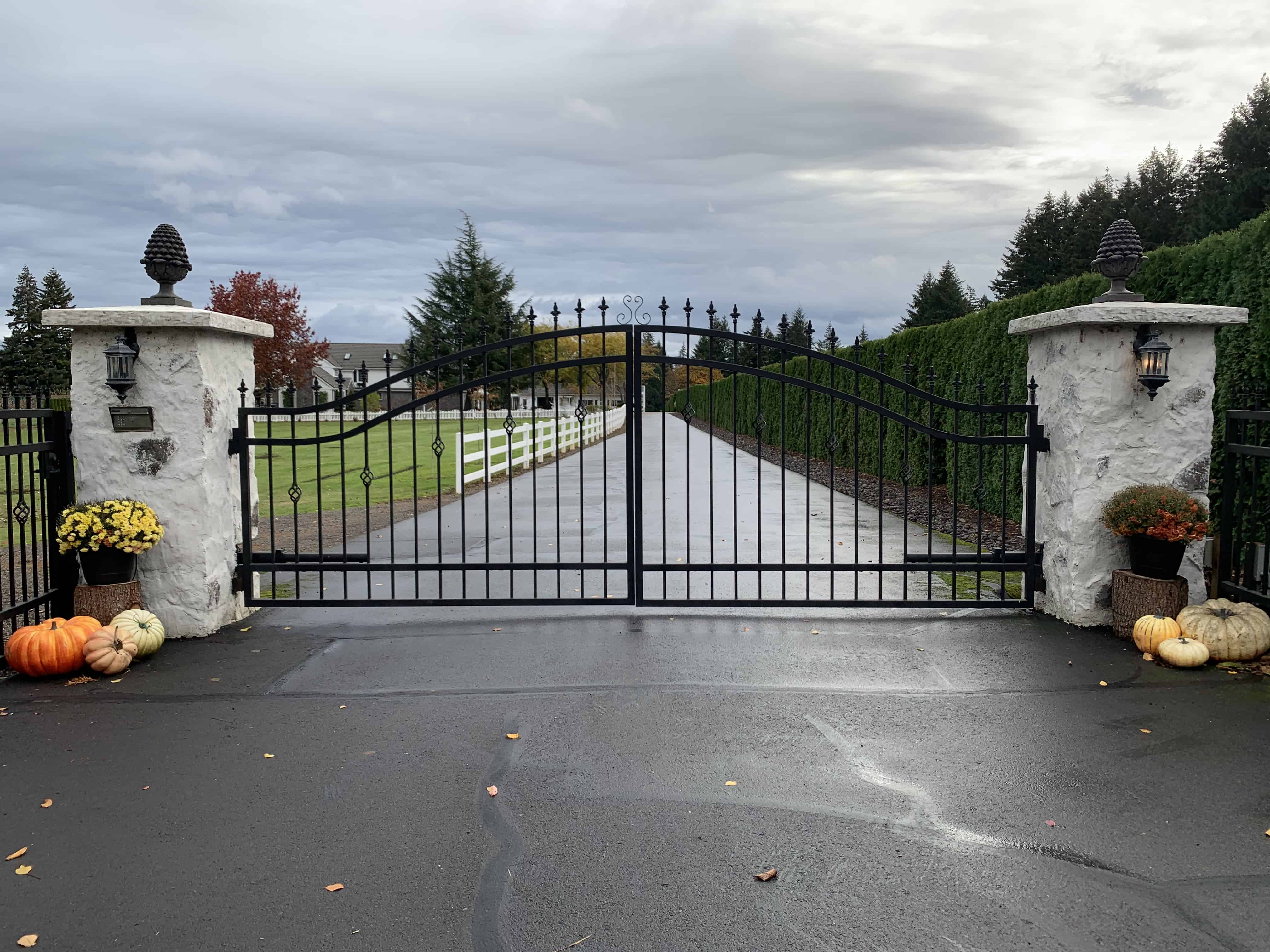 This is the entrance to the farm. The gate and pillars were already there, which was great, it felt old and worn out. I put a German Smear treatment on the stone pillars, it was incredibly hard work, but I absolutely love the Old World look of it now. I also added the bronze look finials on top of the pillars, it adds a fun touch to the entrance. 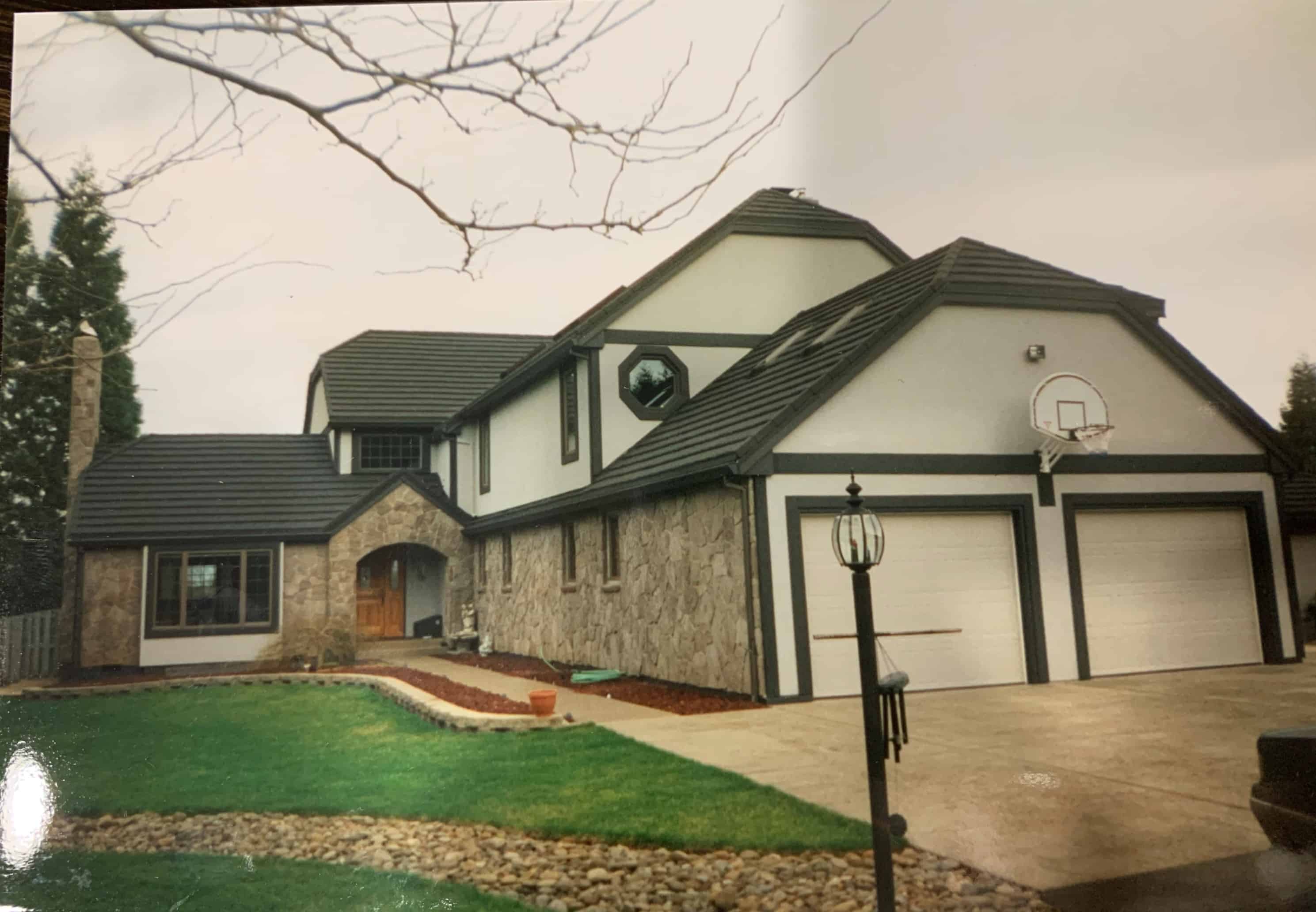 This house had a storybook feel and had such great character, but it just looked plain and unhappy. 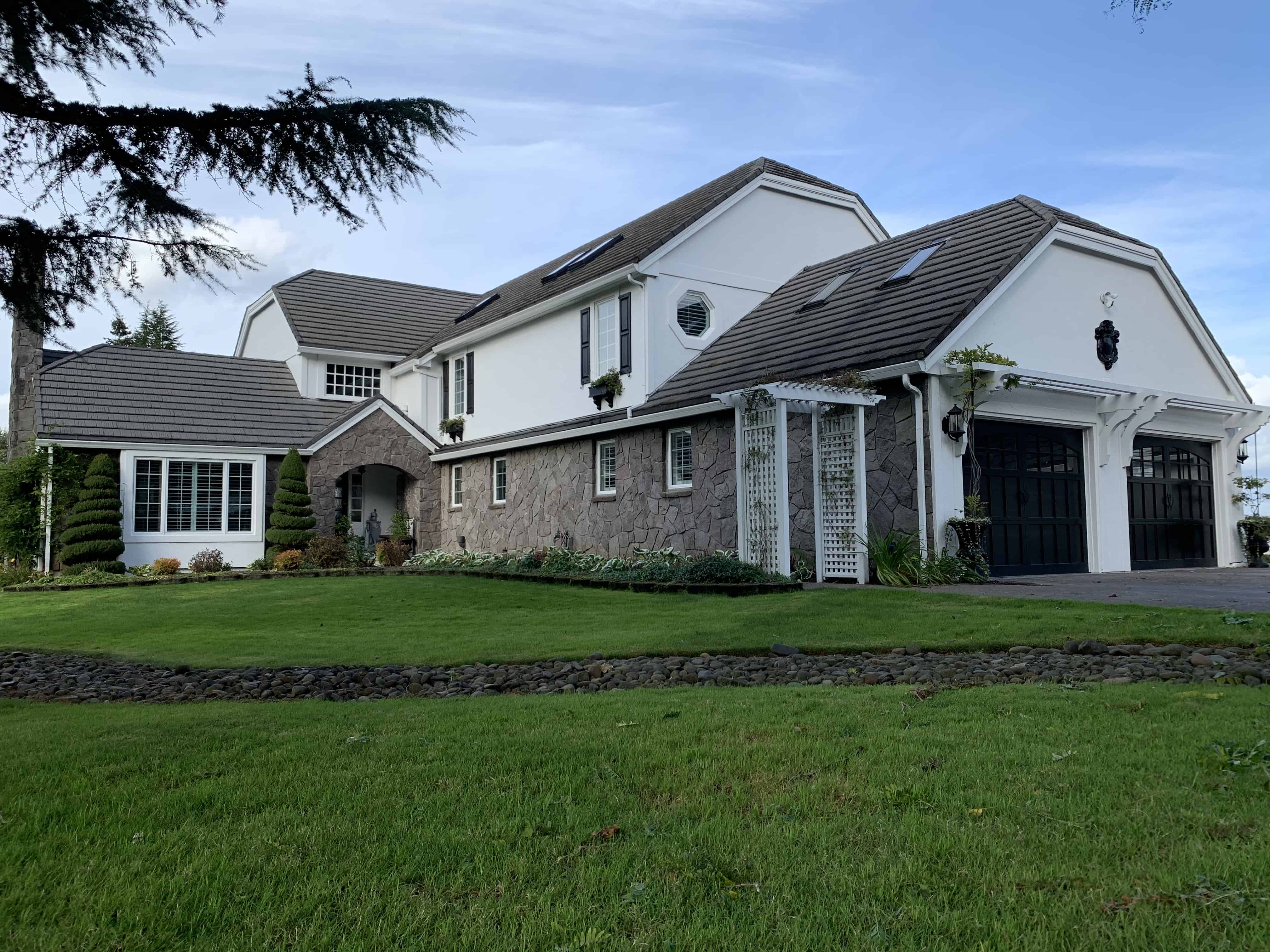 I had always dreamed of living in a white house with black shutters, so that’s what I did. We painted the body of the house “bright white” by Sherman Williams. I added shutters and window boxes all around the house and painted them “black of night” also from Sherwin Williams. I always use paint by Sherwin Williams, I like the quality ( I’m not affiliated with Sherwin Williams in any way, I just like the paint.) We switched out the old garage doors with doors that resembled carriage doors-it really transformed the look of the house. I also added the trellising above the garage doors and planted wisteria in large black urns next to the garage doors. It’s going to be so pretty when the wisteria grows in. I also added the trellis at the end of the walkway heading to the front door. 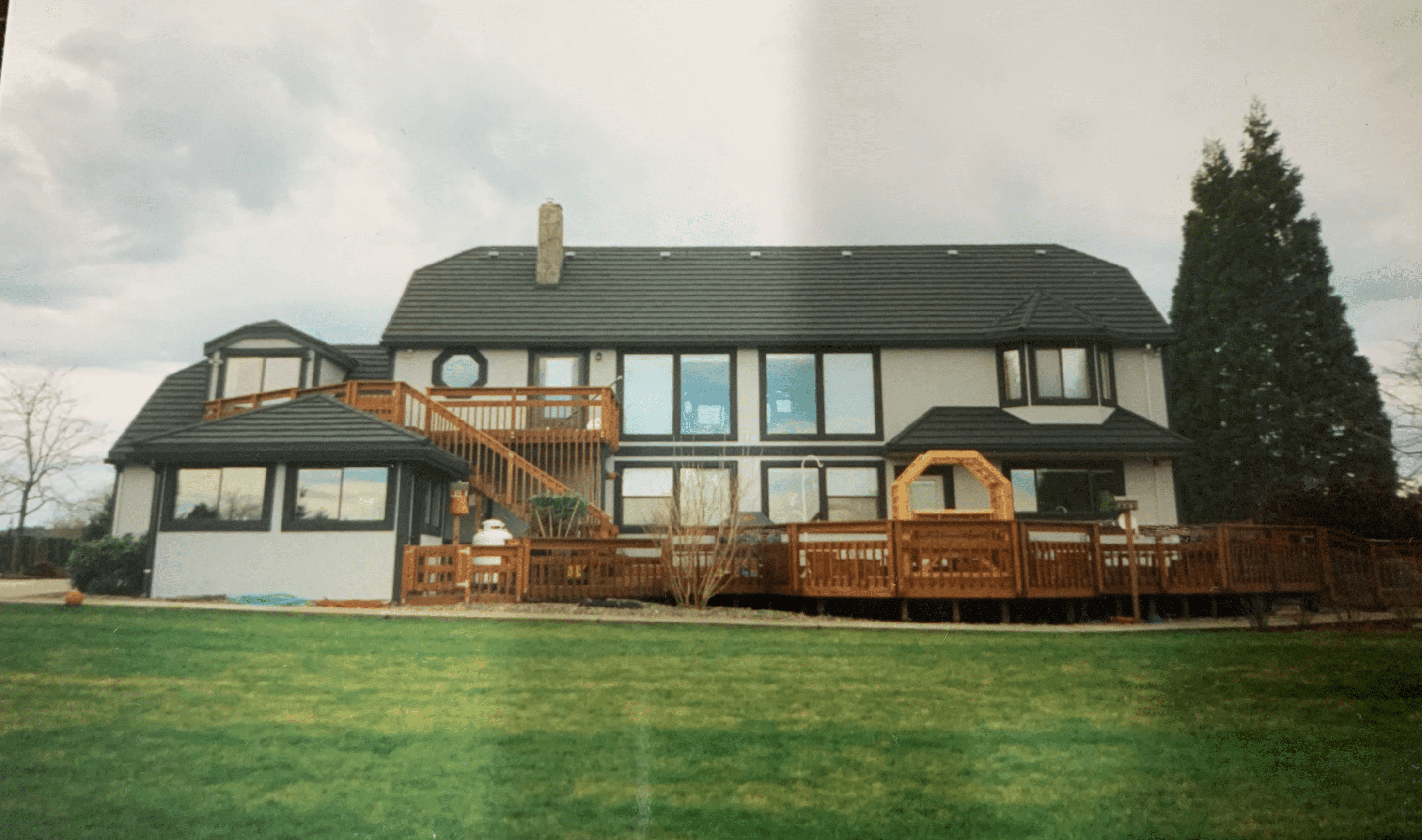 This is what the back of the house looked like before. 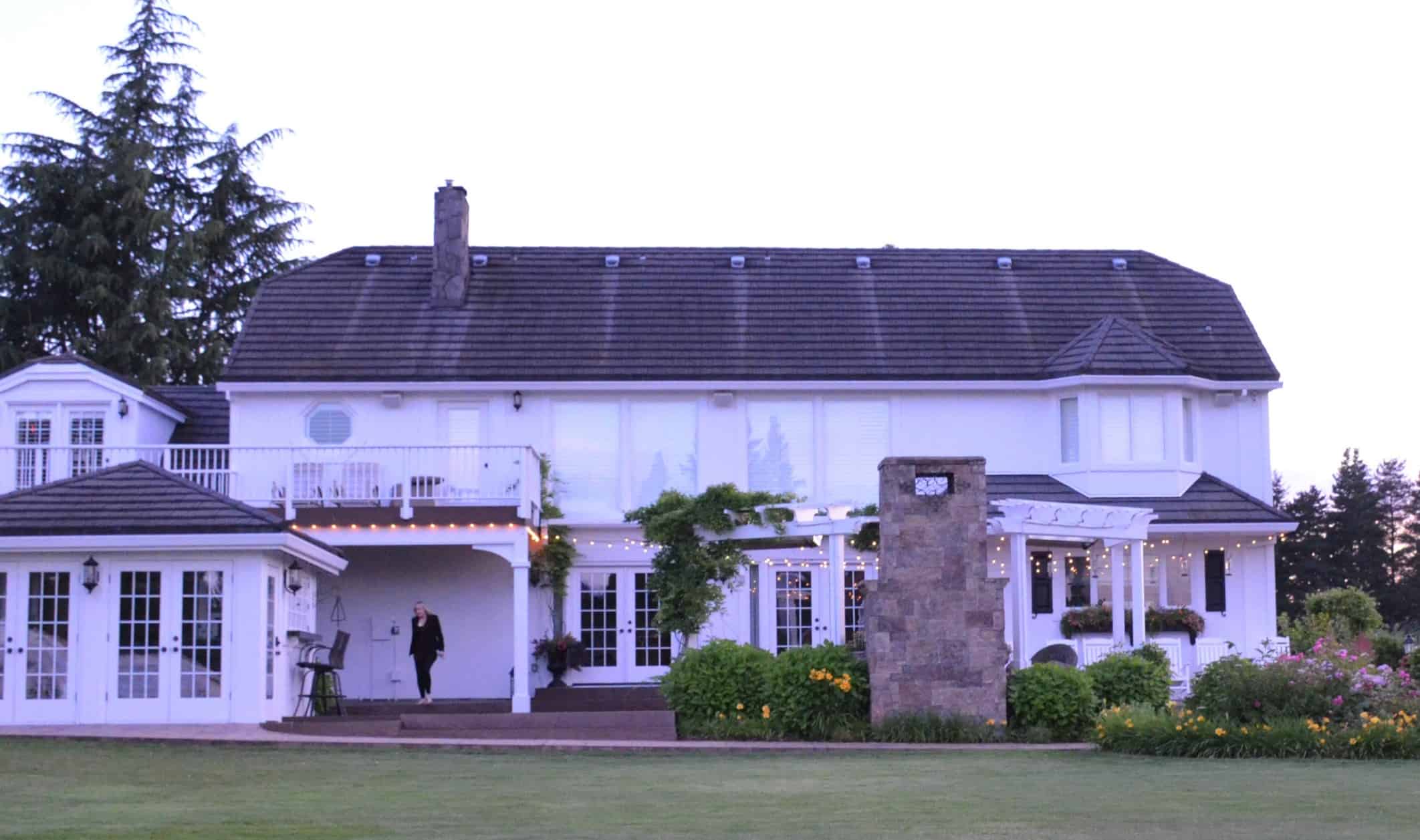 This is what it looks like now. We added two sets of French doors in the family room, there were windows there before. We also added French doors to the cookhouse, for a more cohesive look. We added the fireplace and trellises to the patio as well. 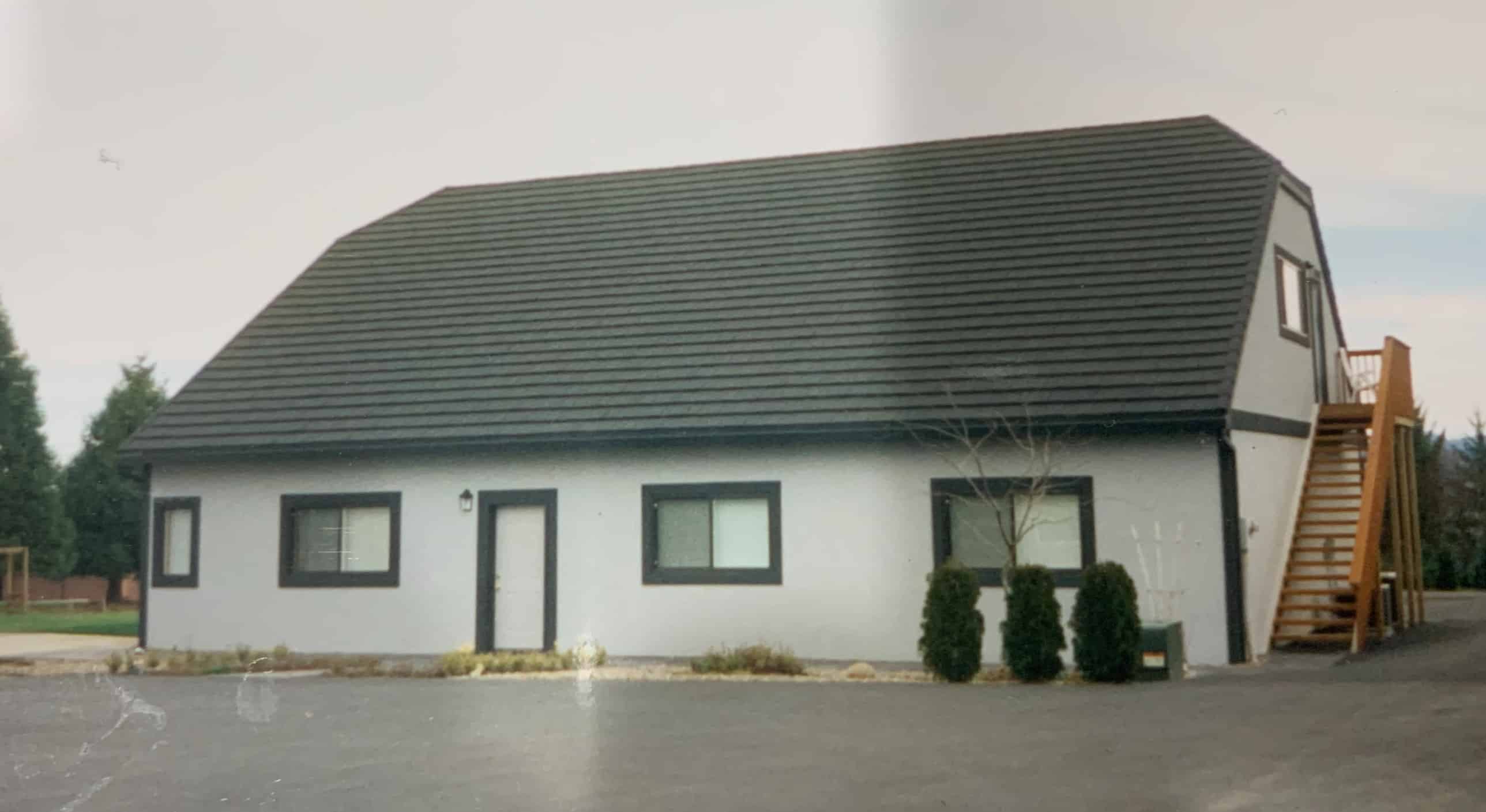 This is the carriage house before, It had very little character.

This is the carriage house now. I adore the cottage feel that it has. We removed the single door and replaced it with carriage garage doors, painted black, of course. We also added window boxes, shutters and trellises. I made the area in front of the carriage house into a rose garden with the picket fence and arbor, it looks so lovely as you drive in.

We love our farmhouse and outbuildings, they really have so much character now. Stay tuned for Part 3 of the Farmhouse makeover, as I will take you inside.

Thank you so much for reading my blog. I sure appreciate you.

Hugs and blessings to you,

Beautiful interiors don’t have to come with an outrageous price tag. My style is what I like to call Vintage French Farmhouse, I love mixing decorating styles, especially opposites like the glitz of a chandelier dripping in crystals with a chair upholstered in worn aged leather. Refined, yet not too formal-but, livable, elegant traditional design, adding warmth and vintage elements.

Have You Seen My Cookbook? 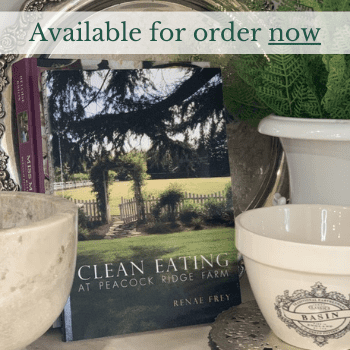 How to Make Finger Sandwiches for High Tea

How to Update a Builder Grade Bathroom Mirror 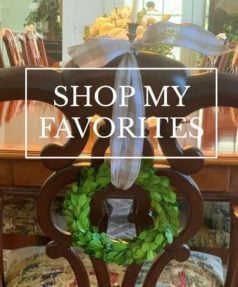 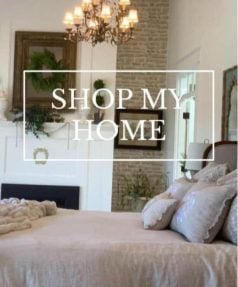 To him who is able to keep you from falling and to present you before his glorious presence without fault and with great joy–to the only God our Savior be glory, majesty, power and authority, through Jesus Christ our Lord, before all ages, now and forever more! Amen. Jude 24-25